For the indie fund application, I finally cut together the first trailer since before the Kickstarter. It's satisfying to look back and see how much I've refined my pitch for the game:

For your reference, here's the first one, pre-Kickstarter:

> Shorter is better! I kept the length around one and a half minutes. Choosing a short music track helped force me to cut it down.

> Quality recording and editing software! It was so worth dropping $60 on a polished editor to avoid having to wrangle with encoding formats in Blender.

> Crescent Loom's graphics have straight-up improved. Eyecandy isn't just for fun; it's a real investment in your future marketing efforts.

As far as the indie fund application goes, no dice on emailing their public-facing address. Turns out, as usual, you gotta network and approach people individually — or have them approach you. Private fundraising is still new to me, but since I'm now living in the venture-capital-crazy Bay I have a lot of resources I can tap into to learn.

One of the problems making creatures for races is that they'll frequently get pointed in the wrong direction  and get stuck on the walls, like so:

Real animals stay oriented with otoliths. They're a bunch of cells in a membrane that physically deform when they get tilted or moved. By having patches of them in vertical and horizontal rings, we're able to detect changes in the orientation of our heads: 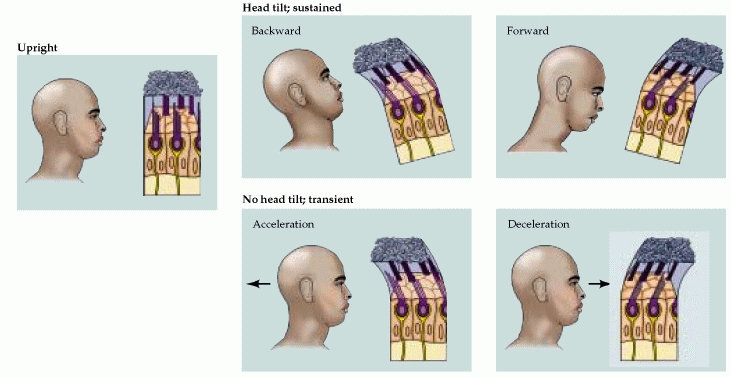 An advantage of working in a 2D space is that I can simplify the system to only work on one plane: which angle the creature is currently facing on the screen. Here it is in action, where a creature that I pull downwards is able to straighten itself back out:

Implementing this required me to re-write a good chunk of the brain interface code because the sensor cells needed to be placed and moved as a single unit for organization's sake:

I still need to do some graphical work to make it more clear where the sensor is & what angle is being measured, but this should allow people to dramatically improve the navigational capabilities of their creatures.

This has only been added to the html5 and PC versions; as usual, Mac & Linux builds are gonna lag behind.